“The Brahman world is my world” – Manuel Amparan 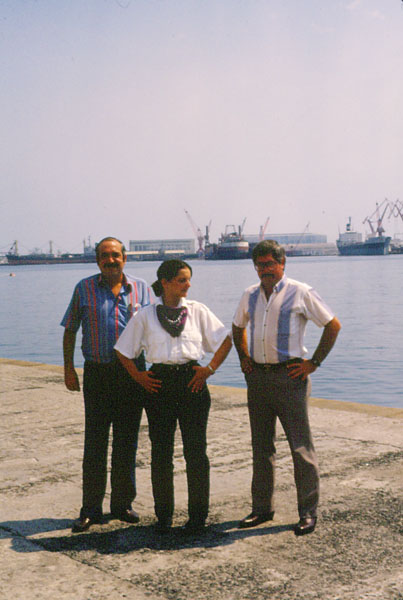 This September marked Manuel’s retirement from the Texas Department of Agriculture (TDA), but not his retirement from the Brahman world, as it is truly in his blood. In the early 1970s, Manuel attended college at Texas A & I in Kingsville, now known as Texas A & M University-Kingsville. He met his wife, Lynn, in Texas, and after graduation, he returned to his family ranch in Venezuela.

The Amparan ranch, El Viento, was home to a large commercial herd of cattle. In 1975 Manuel imported 35 head of Brahman females from Jerry Stack of Tampa Ranch. Jerry Stack was president of the ABBA from 1965 to 1967. Later he acquired more Brahman cattle from Slim Partin of Heart Bar Ranch. The Partin acquisition contained a bull named Tonto Bano Manso 719, who came to be very influential in the El Viento herd and sire of many National Champions. 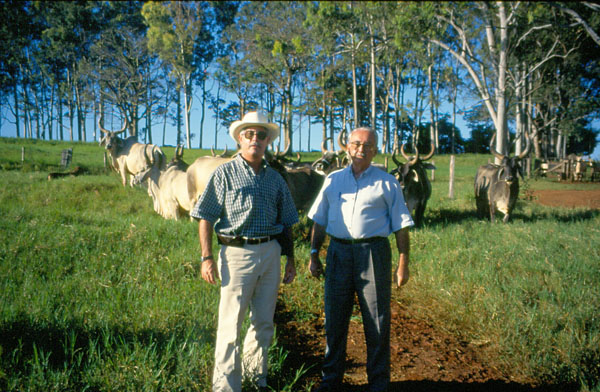 After the cattle importations, Manuel had both American Gray and Red Brahman cattle as well as his commercial herd to manage. Making breeding selections and determining which crosses would work best was his principal concern.

“Having great cattle to breed is important, but selecting which matings will result in the best outcome is essential to a breeding program,” Manuel explained.
He soon had the chance to prove his breeding program.

In 1978, Bubba Hudgins of J.D. Hudgins, Inc. was the judge of the Valencia National Brahman Show in Venezuela. Manuel’s cattle did well at that show, taking home both the Bull and Female Calf Champion titles as well as the Intermediate Champion Bull title. In addition, the Intermediate Champion bull was crowned Reserve Grand Champion and the Champion Bull Calf was awarded Champion in the Daily Weight Gain Program. Clearly, Manuel had indeed made good choices in his original herd selection during his importations as well as his pursuant matings. 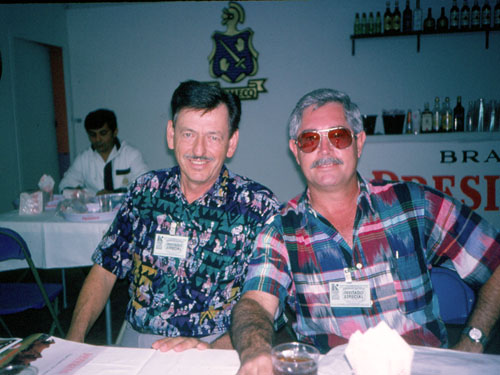 Randall Grooms judged the following year and the breeding program at El Viento was validated once again, as all the wins were repeated with a new set of cattle. Manuel was proud of his program and rightly so.

Due to the changing state of affairs in the Venezuelan political system, Manuel decided to move his family, including his wife, son Manuel G. and daughter Lynn C., to the United States. With his strong affinity for the state of Texas, it was his natural choice for a residence in the States.

First stop in Texas for Manuel was to visit Wendell Schronk, presiding Executive Vice President of the ABBA. Manuel had a strong relationship with Brahman breeders and felt Schronk might have some suggestions about jobs and where Manuel should look for work. A mere 22 days after arriving in the United States, Manuel had secured a position with Medina Valley Genetics in Castorville, Texas. Medina Valley Genetics was owned by Ken Persyn and was an A.I. center where semen was collected and frozen.

After two years with Medina Valley Genetics, Manuel was offered an opportunity with the TDA. Manuel was named International Livestock Marketing Specialist, and he moved his family to Corpus Christi to start his new job. Manuel held this position for 25 years, and some would say it was a perfect fit for him, as he had numerous international connections and great knowledge of livestock.

Manuel has now worked under four different TDA Commissioners: Jim Hightower, Rick Perry, Susan Comb and the current Commissioner, Todd Staples. Manuel has traveled to Asia, visiting Thailand, the Philippines and Indonesia as well as Latin American countries such as Brazil, Nicaragua and Colombia, just to name a few. No matter where he was, you knew that Manuel would be promoting Texas Livestock and especially Brahman cattle. 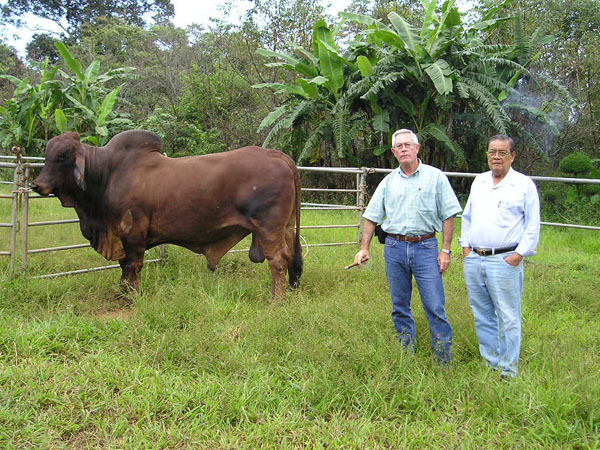 The largest exportation of cattle from Texas to Thailand occurred from 1988 to 1995. Manuel representing the Texas Department Of Agriculture was part of the process along with Complete Agricultural System, a Thai company, and the Department of Livestock Development of Thailand. Thirty-five hundred heifers and two hundred bulls were shipped from Texas to Thailand during that time period, and those cattle strongly influenced the country’s beef production.

Brahmans started to take hold in Brazil in 1994, and a number of Brahman “friends” were influential in that development. Johnny Jefcoat and Bubba Hudgins were the judges at the first Brahman Show in Londrina, and Manuel Amparan was there to translate for the judging. Manuel Garcia Cid was the president of the Brahman and Londrina Cattle Association, and he rolled out the red carpet to receive the Brahman breeders. Amparan has been attending the Londrina Brahman show ever since.

Manuel was also influential in the Nicaraguan cattle market. He assisted in exporting semen and cattle to the Nicaraguan Expica starting in 2000. He has been attending the Expica for the last eleven years, promoting Texas genetics.

While working for the TDA, Manuel has promoted all aspects of Texas livestock; however, Brahman cattle and the people who breed them have always held a special significance. “The Brahman world is my world,” Manuel Amparan said. 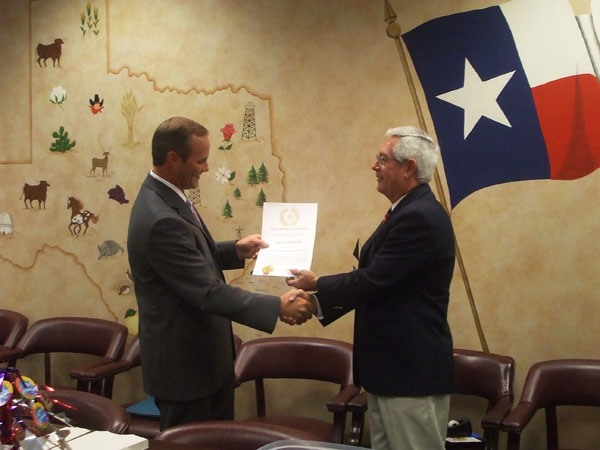 It is no surprise that upon retirement Manuel has decided to continue promoting the livestock that he loves, albeit in a slightly different fashion. Service Semen Texas is the new company formed by Amparan to promote livestock. The company intends to broker semen, as well as advise and consult clients on the selection process of pairing cows with bulls. He will be brokering semen from some outstanding herd sires and will have a website up soon.

Expect to see Amparan traveling in the United States, as well as other countries, to consult with clients on what they want to do with their existing herds. He will consult and give suggestions on how to produce superior performing offspring. Amparan brings years of experience to this new venture and looks forward to doing the same thing he has always done – helping breeders produce the best livestock possible.